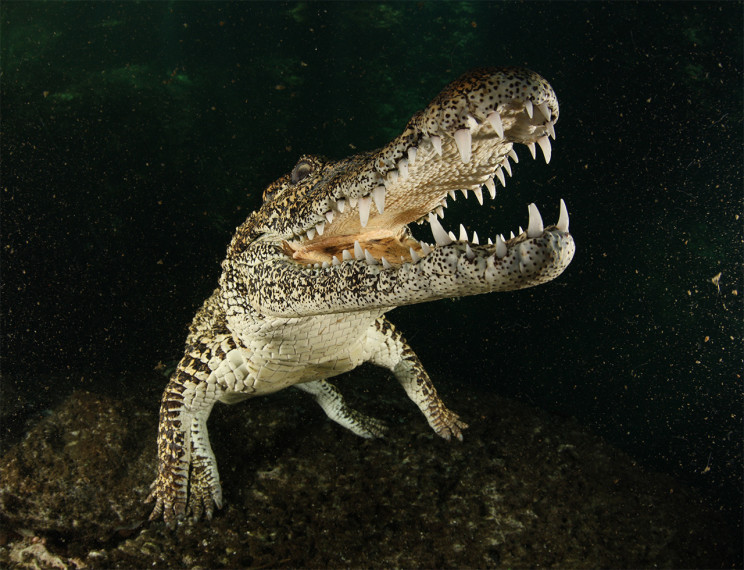 The question came out of nowhere. We had been diving together for four days in south Cuba. Tomorrow was my last day before leaving for Havana. “Ehh…Cocodril?” I tried to buy some time to think. “Yeah, Cocodril” He made a gesture with his hands to simulate big jaws. I laughed while a ton of questions ran through my head. ”Is it safe?” He looked at me with almost angry eyes. “Yeah, yeah, I keep you safe”. We shook hands, he dropped me off at my apartment, and I started to think about tomorrow.

It was foggy and almost cold early in the morning. I waited outside on the sidewalk. Photo equipment charged and ready. Suit and fins still wet from yesterday. I could hear my ride miles away. The big, old US school bus came out of the fog with a sound that screamed for service. Quite an oversized ride for three people but very Cuban.

We took off from the main road and into narrow forest dirt roads. After a short ride the road ended in thick bushes. We donned the scuba gear. The rest of the trip was on foot. We walked a narrow path through the bushes. We passed steep rock formations of limestone and numerous water filled cave openings.

We got to a larger pond of crystal clear water. At the waters edge sat Juan. He was the guy with the Crocodile. I guess about 5 feet long Cuban Crocodile. He had its head in his lap. Tied with rope.

So this was the idea. My buddy and me were going into the water with scuba gear. Sinking to the bottom. Juan was to untie the Crocodile. Toss it in the water and let it sink down to us. My buddy was going to keep me safe with a short stick and I was photographing. When finished we would catch it and tie it again. – Sounds like a good plan to you? They had done this before and were very confident. So we did it just like that.

We sat on the bottom at about 12 feet of water. Then a big splash in the surface. We could see the crock breathing in the surface. Then it sank down right in front of us. Nothing was moving. It was like a plastic toy. I move closer. Take a picture and move even closer. I have the flashes on metal arms wide out to the sides. I am now only inches away. It has its mouth partly open and stay completely lifeless. I look through my camera. Take another picture. The flashes go off. In my viewer it becomes dark as the mirror flips up and back down. It takes just a split second. But then the crocodile is gone. In lightning speed it bites once in the camera dome and once in the flash and takes off over my head. We can see it slows down in the other end of the pond.

I look at my buddy. He shrugs his shoulders, then we swim over there and repeat the exercise. After a few times of this uncontrolled madness, the visibility in the pond is bad and we stop. The catching and tying is easier than I imagined.

We rest, sitting in the shallows. Juan has the crocodiles head back in his lap. He holds up his hands and counts his fingers in Spanish. Uno, dos, tres, quarto…and he ends with “success!”. Then we all laugh.

Be the first to comment on "“You wanna dive with a Cocodril?”" 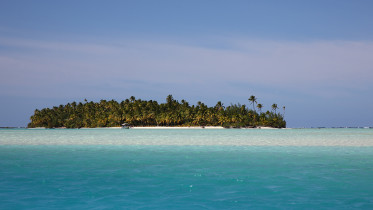 It is incredible to finally let go. Leave your watch and phone in the room in the morning and really not think about it all…