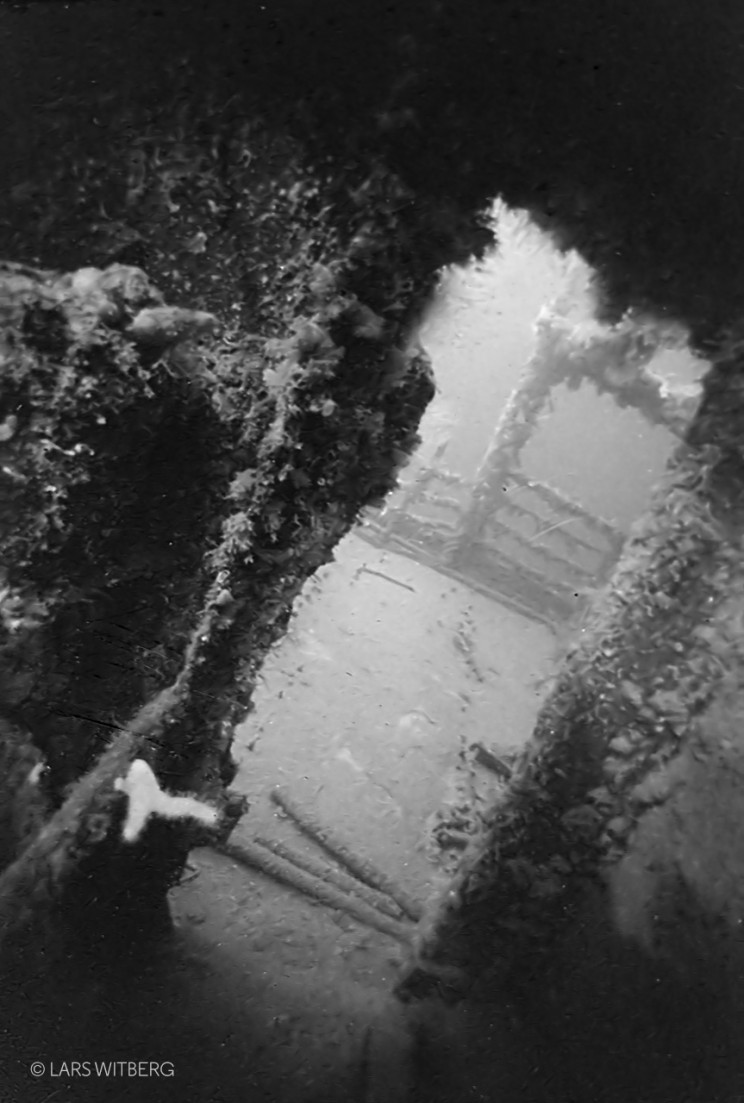 I came across these negatives in my photo files. It is from diving on the famous shipwreck “Seattle” on the south coast of Norway. The ship was German and part of the Hapag Lloyd, Hamburg-America fleet. It was a commercial liner but was one of the first ships being shot down in the German invasion of Norway during WWII. It tried to keep out of trouble on its way back to Germany. She was on the way into the south coast city of Kristiansand early morning on April 9th, 1940. She needed fuel and was unaware of the German invasion fleet steaming towards the coast right behind her. She was totally unprepared and immobilized by the canon fire from Odderøya Fort. She caught fire and was burning for three days before finally sinking to her last resting place. 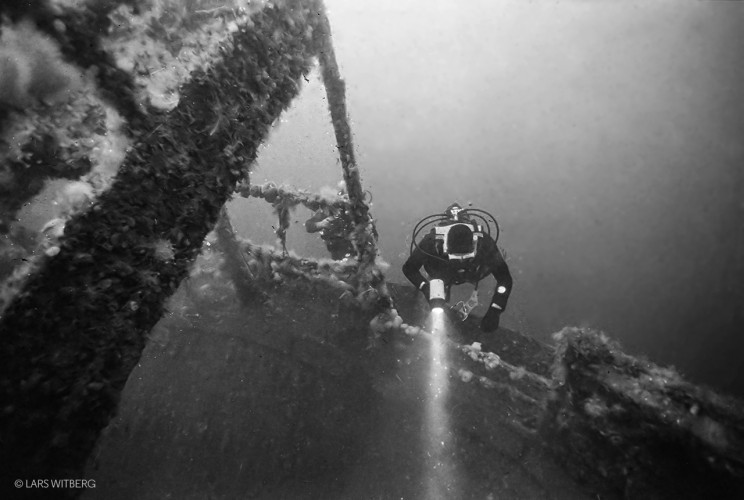 It has been a wonderful wreck for divers since it was found over 20 years ago. These pictures are from right after she was found. Must be late 80s. Shot in black and white film in natural light on a Nikonos V camera. The pictures are from the stern of the ship in the shallowest part of the wreck. Approximately 25 meters if I recall correctly.

I digitally reproduced them with my macro camera and inverted them. Photoshoped away the worst scratches and had a long retro reflective moment. To me wreck diving and all forms of archeology is extremely fascinating because historic events and present time meet. You can touch and feel something that has been frozen in time for long periods of time and from this moment it becomes part of you and your life story. 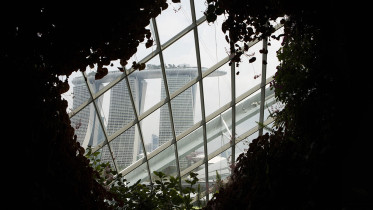 In the heart of the world metropol Singapore they have created a magical place called Garden By the Bay. It is a mix of modern,…