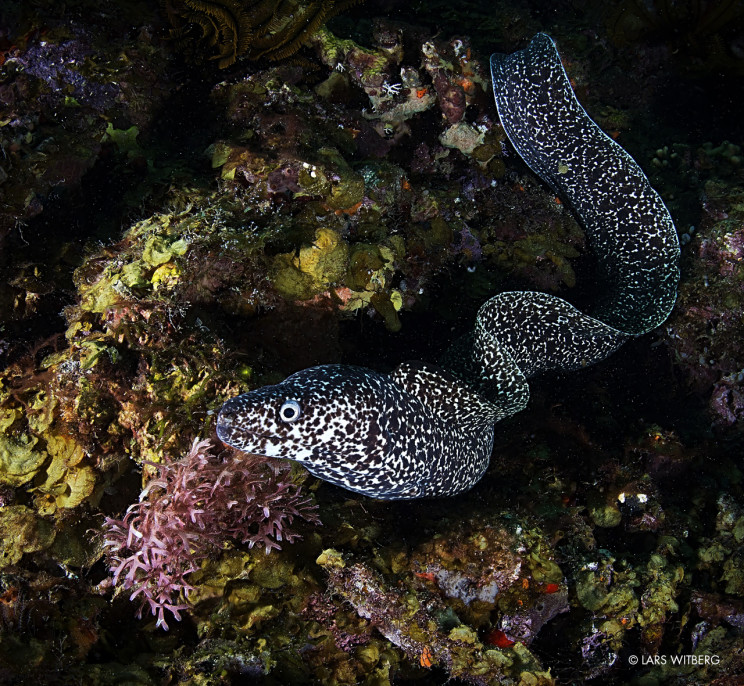 Moray Eels are common on coral reefs. With over 200 species, they vary in size and color. Morays secrete a protective mucus over their smooth, scaleless skin, which in some species contains a toxin. On popular divesites they are custom to divers and may seem truly friendly. Some places they swim around you and you can pet them, but I have also been in two situations where they are very aggressive. Some species become quite large so with the rows of sharp teeth and massive strength, it is potentially very dangerous. 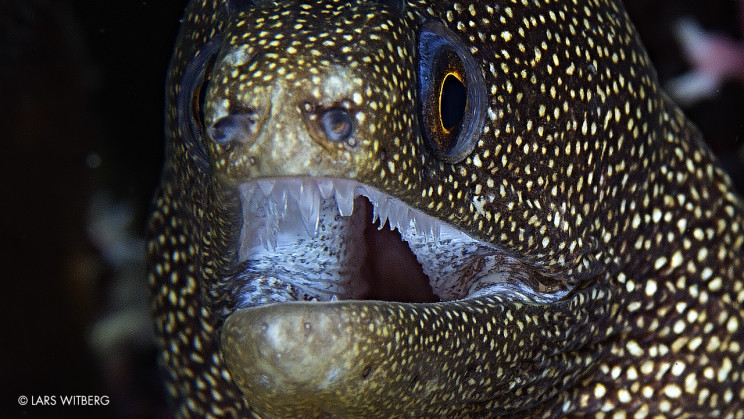 Many years ago, in the Red Sea, a large moray eel attacked a fellow diver and it was just a miracle he was not hurt. He was sitting on the sandy bottom, feeding fish with a boiled egg. It was fish everywhere. Just under a table coral in front of him a large moray came out. It was about 7 feet long and swam right into the large group of frenzying fishes. The moray became aggressive and started swim fast in sircles and bite into the group of fishes. The diver was in the middle of it all. He tried to get away by swimming up and out of the chaos. The moray chased him, bit his tank and first stage. It circled around him while he swam up. It bit his fins in the end before it returned to the bottom. The diver was not bitten and got away with a new experience.

These things usually happen when we interact with the animals by feeding or threaten them in some way. 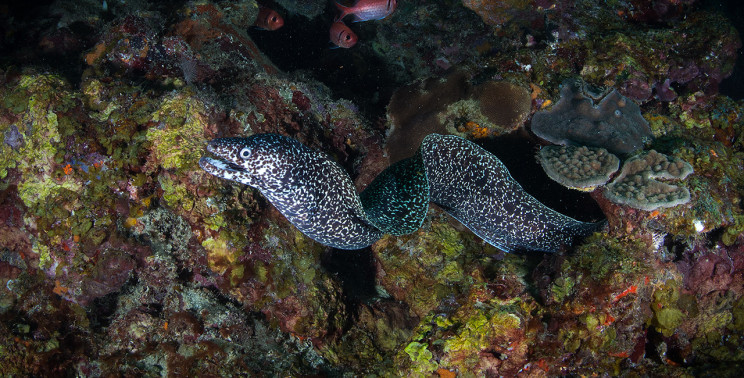 When photographing I always try to get as close as possible. When they are in the comfort of a hole in the reef where they can retreat, they seem more calm and disappear when they feel threatened. When meeting them out in the open I try not to chase them too much because they usually seem more uneasy. This photo is from St. Lucia in the Caribbean. Me and my daughter was diving just under the mighty and famous Piton mountains. The visibility was wonderful and the reef full of life. We had just finished photographing a couple of cleaning shrimps when something moved towards us. It was not very big and it seemed curious. It stayed in front of us for a while and let us take pictures, before it swam away. Wonderful creature to meet in the wild.

Be the first to comment on "The eel feeling" 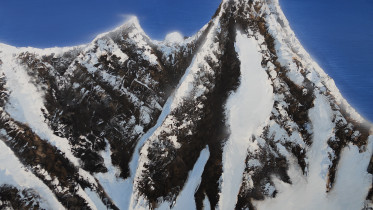 OIL ON CANVAS 2.2 x 3.3 feet This special mountaintop is called the “big one” and it comes from the name of the mountain. Store Skagastølstind….