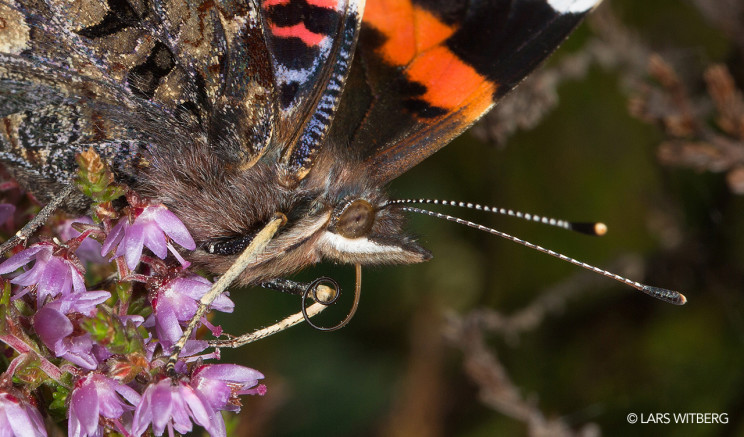 The British entomologist James Petiver named this group of butterflies “the admirals” already in 1699. He thought the colors and pattern looked like the admiral uniforms. The rest of the butterflies was also given names from this era, queen, earl, monarch, duke, lady etc. These beautiful creatures can’t live up here in Norway during our cold winter, so they sometimes migrate. Usually we find them in our forests from may until oktober and after mating and hatching we se juveniles in late summer. These often migrate south and are able to return. 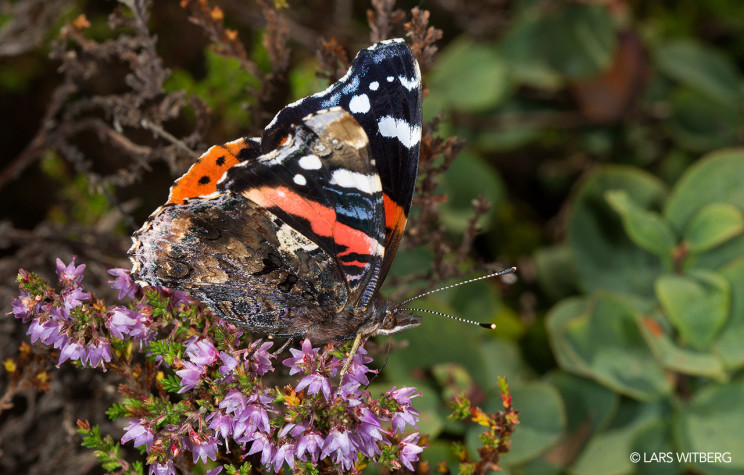 I captured this one late this summer in the forest outside Oslo, Norway. It is quite hard to get close. Specially with a large bulky camera and flashes. After a few hours I managed to stay close enough to get this series. When photographing I do not have time to study what it is doing, but when coming home I can see why it let me stay so close. It is eating nectar from the flowers. It is using his “trunk”, rolls it out and sucks nectar then rolls it back in. It is fascinating to study on the photo, the face, the strange eyes and this wonderful eating behavior.

Sometimes late in the season it also eats fruits falling from the trees. The fruit sugar turns into small amounts of alcohol and the butterflies can appear drunk. This makes them easier to approach. If you are lucky you can pick them up and have them sitting on your finger for a while. Maybe this is why they migrate, to go to rehab in south of france or something.

Read about how I photograph macro like this: http://reflections.no/macromania/ 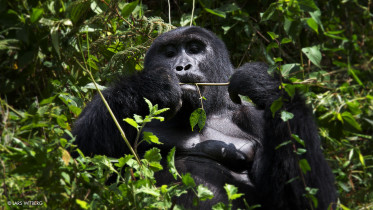 The trackers repeated the message one more time, but this is the last. We stand knee deep in roots and thick leaves in the impenetrable…

The art of scratch removal