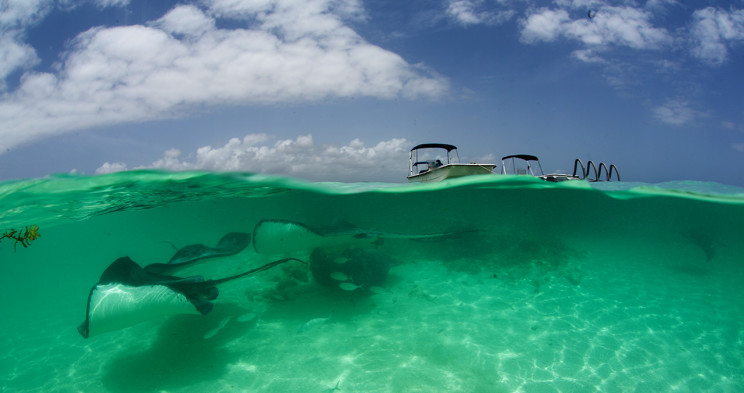 I tried to hold the bucket of small squids in one hand and my camera in the other. The big stingrays was literally crawling on me in search for more food. I was standing barefoot in the sand and watching a woman in growing panic. One of the guides had just handed me the bucket and rushed over to the woman who was absolutely terrified and wanted out of the water. Irrational fear can occur everywhere. Irrational because this was absolutely not dangerous in any way but if you have a thing about close encounter with wild animals – it cant get any closer. 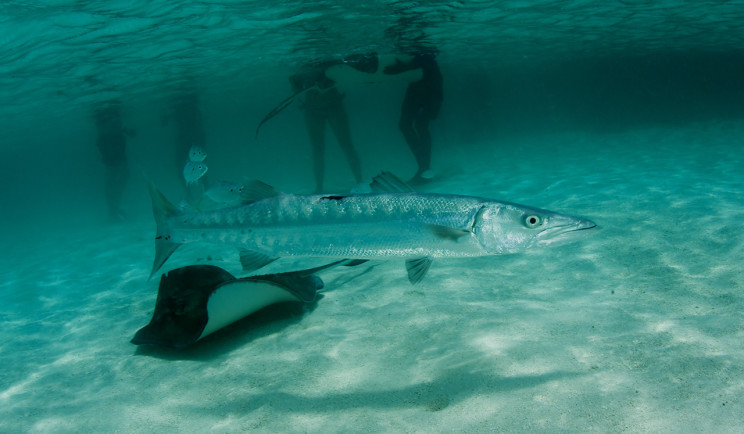 Holding the bucket had a very attractive effect. I could feel the rays climbing on my body and sucking parts of my swim trunks and t-shirt into their mouths. On the underside they are extremely soft and on top they have more rough skin, like sharks. I finally handed over the bucket and could focus on photographing. I let out all my air and sunk to the bottom. What a wonderful experience. It was a lot more down here than just rays. A crab passed on the bottom, lots of small fish was feeding on the same food as the rays and suddenly a giant barracuda swam slowly between all the people. I wonder if the panicked woman new about this?

I have been debating feeding of wild animals and I am generally against. This feeding has been going on for so long and the animals are more tame than wild and the animals are not restricted in any way. The feeding takes place out in open ocean on a shallow ground and they can leave when they want, but we are definitely interfering and it has some effect.

When we feed larger predators it creates more heated debate. By feeding sharks for instance we teach them to approach people for food and it becomes an issue when the amount of attacks increase in areas. Being approached by a ray is less problematic.

Florida’s Nova Southeastern University did a study on the effects of feeding and human interaction on similar stingray locations in Cayman Island and they found results. The rays are primarily solitary but became more social, travelled in groups and the females became pregnant more often. They also altered their hunting pattern and stopped hunting at night. A very positive sign was what happened when tourist traffic dropped and the feeding stopped. Then they went back to normal behavior.

So I guess this kind of feeding is less controversial than other kinds. 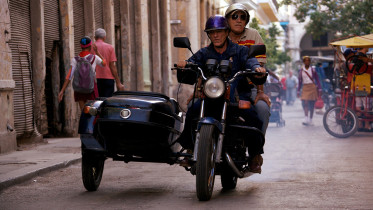 “Cuba will soon change”. I have been hearing this for many years. Everybody has been expecting a rapid change that will have dramatic effect on…