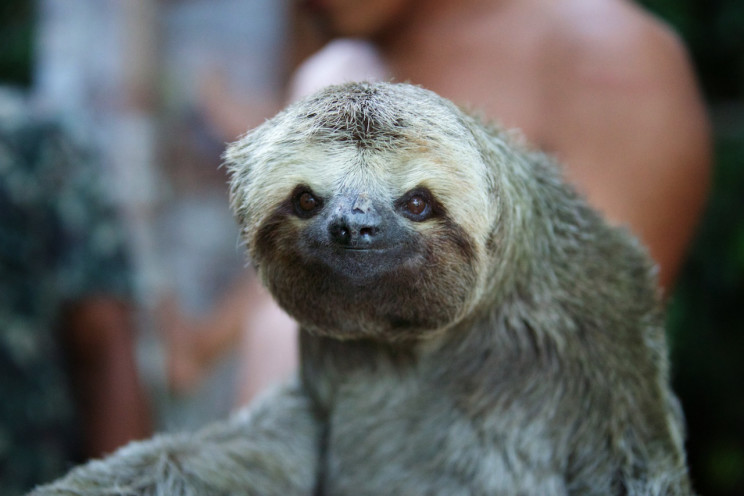 Suddenly they talked fast and pointed up in the trees. I did not see anything. The boat slowed down and they steered right into the bushes. Far into the Amazon River the vegetation is tall and dense. We found a small passage in the flooded forest, leading into the tree they pointed at. We held the boat to the trunk and one of my guides started climbing up the tree. I still did not see anything. The other guide tried to explain, preguiça, but my limited Portuguese did not help me.

Then he came climbing down the tree holding a sloth. A beautiful grown male. He gave it to me. I was holding it and could feel the body was hard and the movements extremely slow. “Be careful with the claws”. They tried to warn me because it was about to grab me, but I could probably finish my coffee before his arms reached me. What an incredible animal. Preguiça means laziness and is the word the locals use for Sloth. They told me it could live in a tree like this for years and it usually hangs upside down and is sleeping for up to 18 hrs. a day. I told them that I have a teenager at home who also can do that. We laughed. The sloth slowly turned his head all the way to the back and looked straight into my eyes. It looked like it was smiling even though it was still in the process of grabbing me. They said that because of its slow metabolism it usually come down from the tree once a week to go to the bathroom. That is incredible funny.

I went in front of the boat and tried to put it back on the tree. I just held him up against the tree and waited. After a while he aborted the grabbing project and started to hold the tree. But then something strange happened. Instead of climbing up he started climbing down to the water. I looked at the guide. “Oh, yes he can swim” he said confidently . I had no idea. We watched it climb into the water. It looked at us and it was almost like it was waving good-bye, then it started swimming with a very funny wiggling motion and disappeared into the forest.

I felt a little sorry we had interrupted. It would probably be back up in his tree sometime tomorrow – if he hurry.

Be the first to comment on "Once a week!" 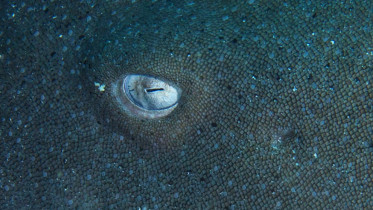 Ok, this is not difficult, and maybe not too smart, but definitely a little exciting. I know I push it a little bit. Slowly moving…

The art of scratch removal