Coral Reefs are the largest thing alive on the planet. It is so big it is visible from space – but for how long? It has grown for over 250 million years but after humans came along, almost 1/5th of the reefs of the world are gone. 25% of all fish is dependent of our coral reefs and it is the biggest protein factory on earth. We need to stop killing the reefs.

I have been diving coral reefs all over the planet for over 20 years. The damage we have done is evident all over. The number of fish is declining, species are struggling and the reefs are dying. As the temperature in our oceans are raising you can see “coral bleaching” in the shallows. It is corals dying. When they die they turn bleach white starting from the top. Slowly it dies and turns all white. Even on remote islands in the middle of the pacific you see damage like this. Every effort counts. 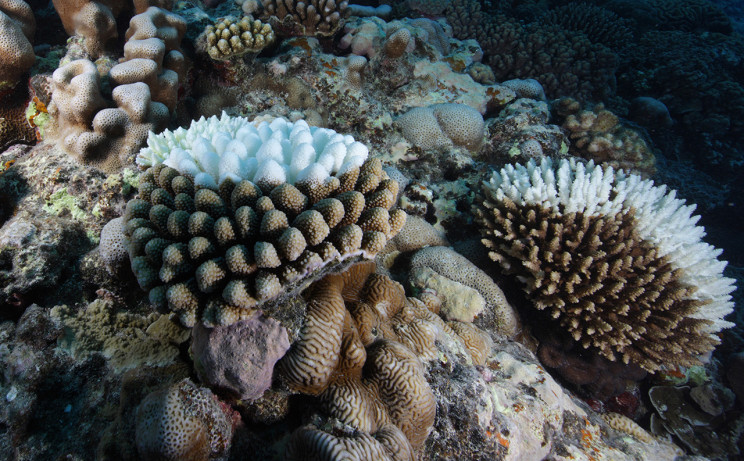 I usually search for reefs, far away from everything. The more remote it is, the better. I enjoy being in environments not too influenced by humans. It is harder and harder to find but when I do, it is absolutely wonderful. Exploring reefs where you do not have litter, anchor tracks or visible damage from fishing with explosives etc., is wonderful. I usually also take photographs of the damage, but end up sharing the pictures of the rich, healthy and beautiful parts of the reef. Sometimes, when photographing a beautiful coral head, I just have to turn the camera slightly to one side to get a dramatic and sad image of pollution or environment damage. 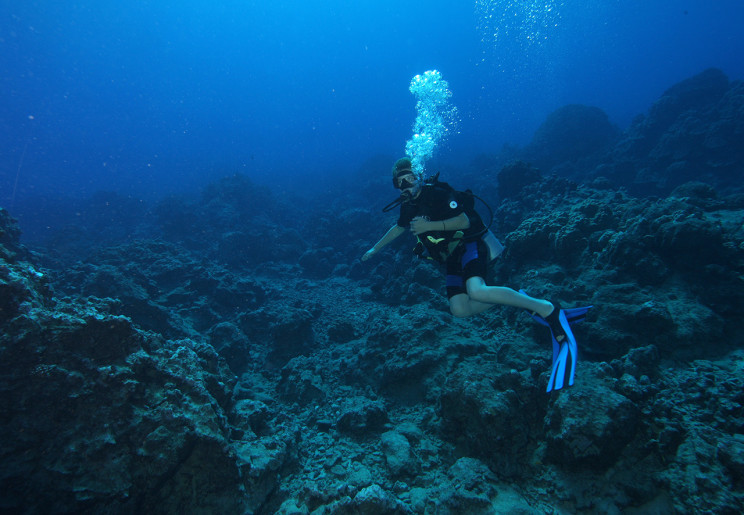 Look at these images for example. I have posted a lot of wonderful images from these tropic islands in the pacific, but here you can see for yourself the devastated reefs. This image is of my son at about 12 meters off Rarotonga. After a massive outburst of the infamous Crown of Thorns the reefs was left lifeless even years after the disaster. I wrote about the Crown of Thorns earlier. Diving here was special in many ways. It was still a rich marine life on parts of the reef but on large areas it was moonlike formations like this. When the abundance of fish also vanished the large predators like tiger and hammerheads got more curious on the divers. On some occasions they came in close and circled us. The theory from our local guides was that this change of behavior was due to the lack of food. Slowly the reef will grow back and regain its original beauty. 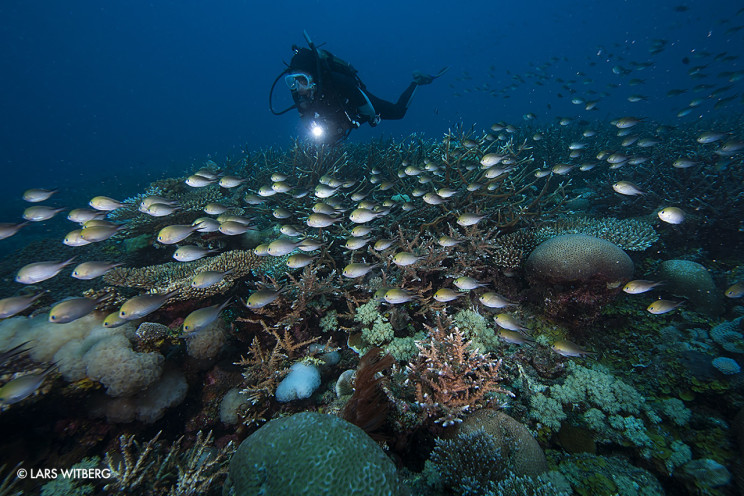 Like this image from the African side of the Indian Ocean. The reefs looked untouched and the abundance of marine life in all shapes and forms was breathtaking. Lets hope we manage to take better care of this precious part of our nature.

Read more about the Crown of Thorns: http://reflections.no/thorns-in-paradise/ 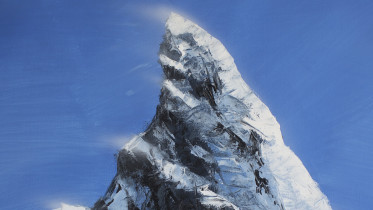 I love majestic mountains. Study photographs and try to capture the wild and untamed in the mountains. The Ama picture I saturated the base with…