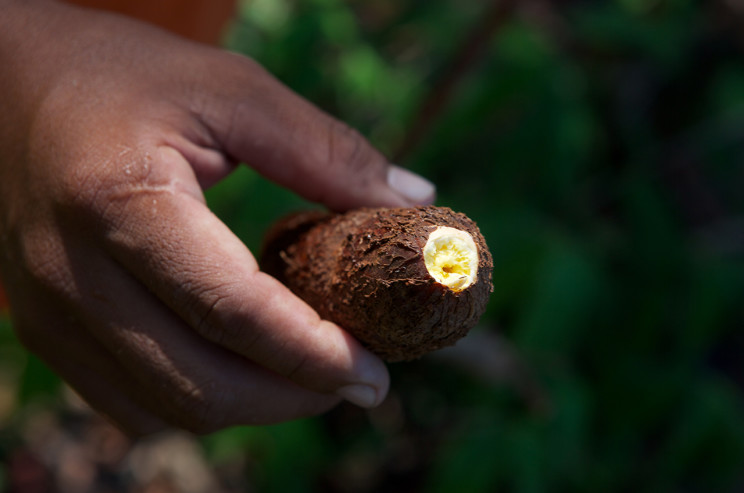 We go into a field of Cassava plants and drag a young tree up from the ground. A large root appears looking like a potato. Robinson, my guide, wants to show me the whole process of how to make the manioc we have been eating all week. 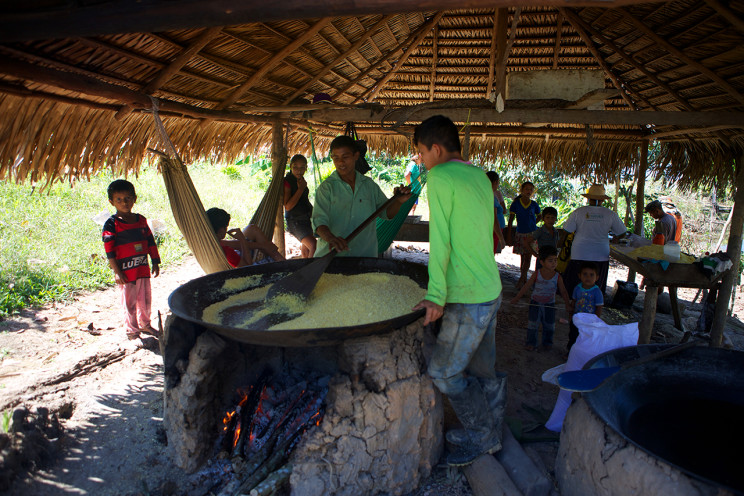 The root is bitter and yellow in color and at this point absolutely not edible. The cassava can be both bitter and sweet. Fresh from the ground they contain some levels of toxins and must be prepared right. Improper preparation of cassava can leave enough residual cyanide to cause acute cyanide intoxication, but that rarely happens. Preparing manioc and tapioca is common knowledge along the river, and now I will learn.

We take the root back to the hut by the river. It is almost like a small factory where the whole family works. The manioc is a large part of the diet for the people along the river and they eat it like you would eat rice. They prepare meat from chicken or cayman or barbecue fish. Along with the dish they add the yellow moniac. 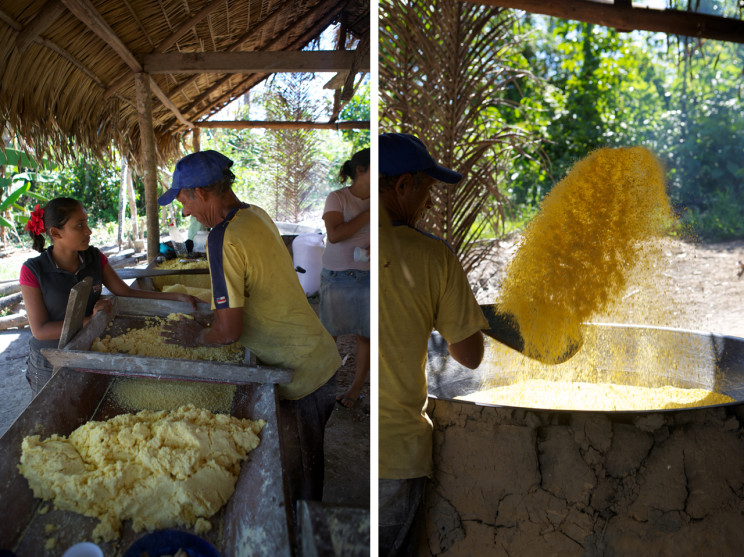 In the middle of the hut is a large pan over a glowing fire. Next to that is a kind of shredding machine used to shred the roots into a yellow paste. On the outside of the hut is a long hose woven of strong leaves. In here the yellow moniac paste is squeezed almost free from the toxic liquid inside. Then the dry paste is roasted in the gigantic pan. This reduces the rest of the moisture and leaves the moniac in its edible form. Looks like macaroni pellets – taste very different. 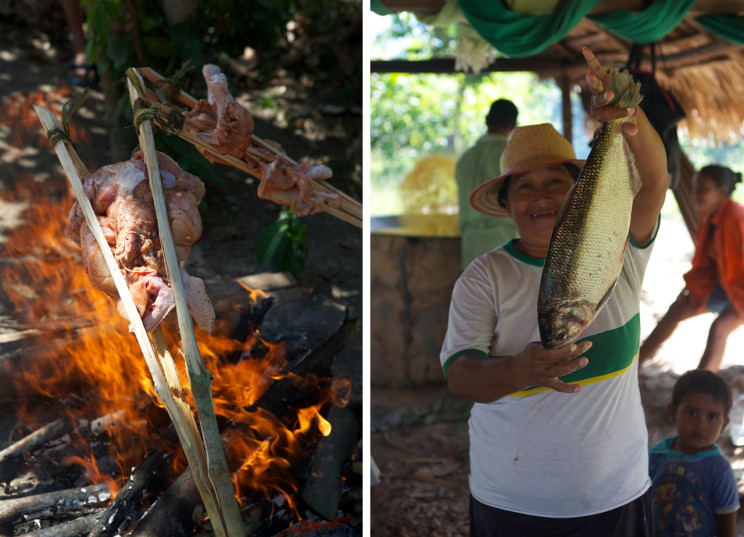 In this process everybody is has work. Some cut wood for the fire, some harvest the roots, some work with the shredding and some are stiring in the big pan, while others are preparing the barbecue of fish or meat.

Along the river some people are doing the moniac production while other fish or hunt. Then they trade. If you want something else to eat, like bananas, pinapple or other fruits – it is absolutely everywhere. 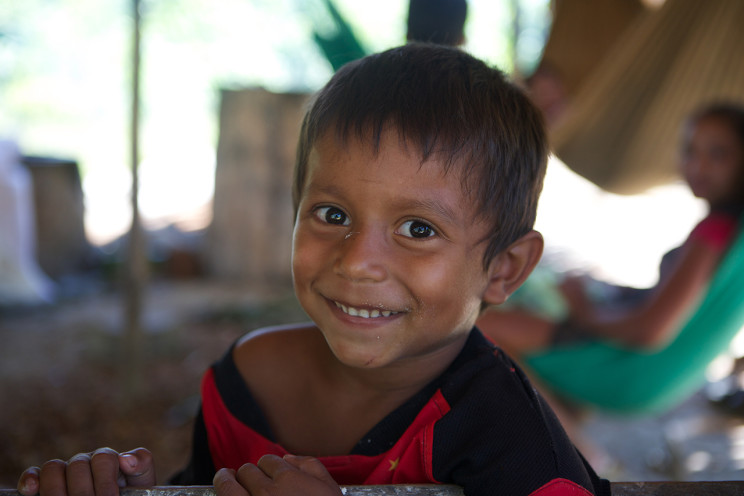 The small communities are filled with laughter and joy. They are proud and eager teach and to put me into production. We have no common language, but after a few minutes we don’t need to. Smile and laughter is universal.

Read more from my Amazone trips 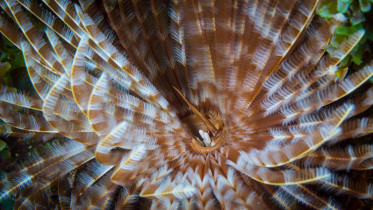 When you read my post about selection of lenses you see that there is reasons for getting close to your subjects under water. Sometimes you have…

Why is it only young pilots out here?