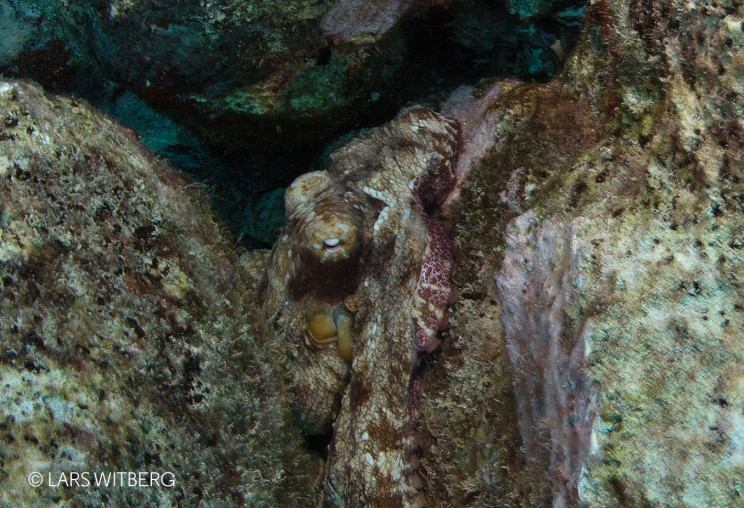 I almost passed this octopus without notice, but then it moved and caught my attention. It disappeared between rocks and instantly replicated the pattern of the rock. It is absolutely fascinating to watch. When the flashes went off, the octopus turned bright white before returning to camouflage. It happens right before your eyes and it is like magic.

The population of cephalopod has grown in the last 50 years. Cephalopod is a class of animals including octopus, squid and cuttlefish. When the temperature in the worlds oceans increase, the population of fish decrease and the acid level increase due to human activity, we see unbalance in the marine environment. Some species win and some loose.

Zoe Doubleday, a marine biologist at the University of Adelaide in Australia spent months with her team poring over the available literature, persuading international colleagues to track down hard-to-get national fisheries records, and then getting those records translated into English. Combined with 32 scientific surveys, the records gave the researchers 60 years of reliable data. And the conclusion is clear: Cephalopod populations—from New England to Japan—have boomed since the 1950s.

As Darwin pointed out, the species most adaptable to change will survive – and this is clearly the case with the Cephalopod populations. The scientist sees that they are more adaptable. They eat a lot of different food; they mate often and are less sensitive to changes. One of the most important factors is their short lifespan. Most of the Cephalopods live only 1-2 years and die often after giving birth. This short cycle give them shorter response time for adapting to environmental changes.

It is a theory, but makes sense?

Be the first to comment on "Adapting to change" 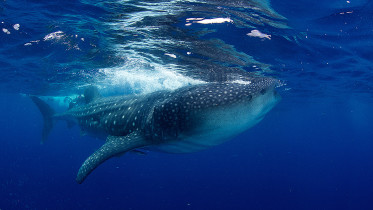 If you ever get the chance, you have to do this! In the summer plankton blooms in a special area outside Mexico. It is a…